Batsheva and Simcha
Go to Broadway

The program includes: Batsheva Zeisler, actress and soprano. Graduated from Drama and Literature departments at the Tel Aviv University. Studied singing at the Guildhall School of Music, London, and at the London College of Music. Took part in various productions, i.e., , "Everything you wanted to know often, and didn't dare to ask Bach", "The beggars' opera" (Beer Sheva Theater); "An opposite monument" "Intimacy" (Hasimta Theater); My fair lady, the imaginary patient, and many more. She took part in various television programs. Appears also in her one-woman show "Songs in blue and yellow" and managed the in Tel Aviv.

Simcha Barbiro, actor and tenor. An active and extremely talented actor and vocalist. Plays at Israeli theaters, such as the National Habima Theater and on TV. More details soon to follow.

Bart Berman, pianist. Specializes in Franz Schubert and Contemporary Music Performance. An Amsterdam Academy Graduate (The Dutch Prize of Excellence), he was rewarded the First Gaudeamus Prize, the Friends of the Concertgebouw Award and an Honorable Mention for performance and promotion of Israeli Music. An active soloist, he performed at international festivals throughout Europe and Israel and with  the Rotterdam Philharmonic, the Symphonies of Jerusalem, Radio Holland and Arnhem and with the Israel Sinfonietta. In chamber music he is best known for his current ensembles Duo 4 and with flautist Abbie de Quant, as well as for his former ensembles and EnsembleM. His latest double CD, Schubert's (Un)finished sonatas (with Berman's endings) has just been published. 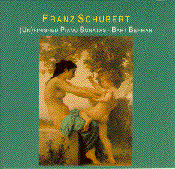 At the discography page:

to this page, since August 17, 1996 (or later)
Please share your information and experiences for continued improvement!

These page are hosted by